Posted on March 21, 2014 by emmamarygriffiths

The powers of the internet recently led me to discover Experience Music Group, a boutique music licensing, audio branding and artist management agency based in Beverly Hills, California. They’ve placed music in ads for the likes of Coca Cola and Sony, and in films and TV shows such as I Love You, Man, The Osbournes, Shameless (US), Homefront, The Big C, and Damages.

I particularly like the fact that they work with indie artists, so I decided to have a little chat with co-founder Evan Stein…

Emma: What made you want to start Experience Music Group?

Evan: Martin and I had started a record label in 2003 and quickly realized that the business model was evolving.  We had some relationships with music supervisors and were intrigued by the power of sync licensing and what it can do for an artist’s career. After researching the marketplace we noticed that there were only a handful of companies pitching indie artists for film, television and advertising syncs.  We saw an opportunity to help indie artists gain exposure and make a business out of it at the same time.

Emma: How involved do you guys get in the creative process? 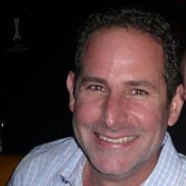 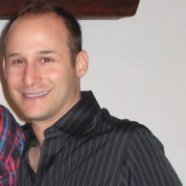 Evan: We mostly leave the creative process up to the artists.  We really only get involved if we commission an artist to write a song for a specific spot.  We have collaborated with artists on theme songs for television shows, jingles for advertisements and songs for movies.

Emma: How does the sync licensing process differ with each medium? (TV shows, movies, ads, etc.)

Evan: The process for each medium is very similar: the Music Supervisor contacts us with their music needs before their project enters the production phase. We submit music that we feel best fits their search criteria.

The main difference between the mediums is the timeframe.  The process for a TV show is the quickest due to the episode turn times. A music supervisor will generally reach out to us a few weeks before an episode airs to clear a track we submitted.  The cool thing is that we know immediately if the track ends up being used.  Film and Advertising on the other hand is a much longer process. There are more parties involved (the producers, directors, music supervisors, film studios, creative directors, ad agencies and brands) and they all have an opinion.  The process can take up to a year or longer and allows much more time for opinions to change about the music.

Emma: Coolest part of your job?

Evan: The coolest part of our job is watching our artists grow and gain new fans through our syncs.  We were the first company to land a sync for Imagine Dragons and it’s truly amazing to see how big they are now.

Emma: Worst part of your job?

Evan: The worst part of our job is working with an artist on a specific spot for over a year and then having to tell them that their song was runner up.

Emma: Sync you’re most proud of and why?

Evan: In 2008 we synced “Good Times” by Latch Key Kid in Coca-Cola’s Super Bowl commercial “Jinx.”  This sync holds a special place in our heart because it ultimately put Experience Music Group on the map.  A few months after the spot first aired the director of the DreamWorks movie “I Love You, Man” John Hamburg licensed “Good Times” for the opening credit sequence and soundtrack of the movie after discovering it in the Super Bowl spot.

Emma: What would be your dream job as music supervisors?

Evan: Our dream job would have been to work with John Hughes on any one of his films. His soundtracks defined a generation for teens during the 1980s.  He had a special talent in using music to capture a range of teenage emotions.  Spandau Ballet’s “True” personified high school heartache, Simple Minds “Don’t You Forget About Me” encapsulated the romance and OMD’s “If You Leave” redefined prom.

Emma: Are you guys open to receiving music from musicians?  If so how should they get in touch?

Evan: Yes we are definitely open to receiving music from artists and the best way to get in touch with us is through the submissions page on our website.

Evan: We represent so many talented independent artists on our roster and would love to recommend them all.  A few artists that we are really excited about are Terraplane Sun (60s sunshine pop meets down & dirty blues-infused rock), VEVA (sexy electro pop), Mikey Wax and Dan Godlin (melodic rock and pop singer/songwriters).

Emma: Can you tell us about any exciting upcoming projects?

Evan: We music supervised this hilarious teen film called “G.B.F” which is opening in London this Friday, March 21st.  We also executive produced the motion picture soundtrack for “G.B.F” which was recently released by Lakeshore Records. 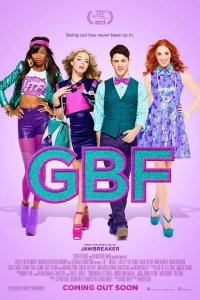 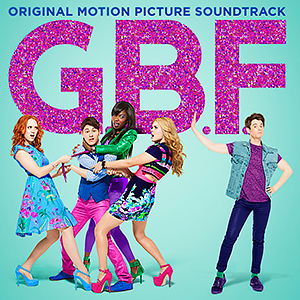 Huge thanks to Evan from Experience Music Group. For more details on what they do check out www.experiencerecords.com.