Posted on August 12, 2014 by emmamarygriffiths 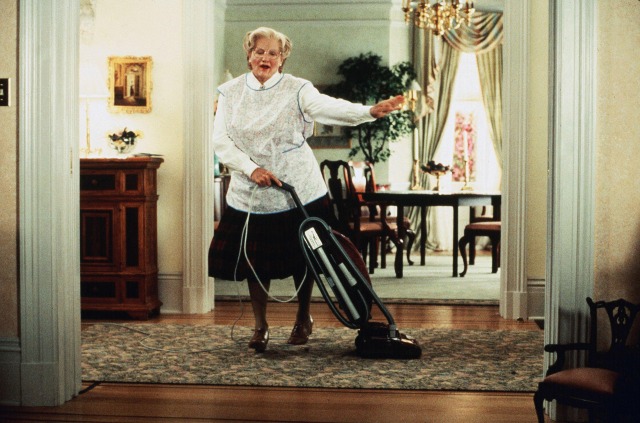 “I’m a hip old granny who can hip-hop, be-bop, dance till ya drop, and yo-yo make a wicked cup of cocoa.”

Yep, Mrs. Euphegenia Doubtfire had it all.

From the cake face mask incident to that restaurant scene (and not forgetting the run-by fruiting), Mrs. Doubtfire is one of my favourite films, and most definitely one of Robin Williams’ best.

When I first heard of his tragic passing, my inner-child felt robbed. Aladdin, Jumanji, Mrs. Doubtfire, Hook – these were the films that shaped my childhood. Then my adult-self caught up and remembered Good Will Hunting, One Hour Photo, Nine Months, Good Morning, Vietnam, Dead Poets Society – need I go on?

I also thought about the use of music in his films and discovered that Williams has an impressive 5 Grammys to his name, and has also had 3 charting albums on the Billboard 200.

Whilst I don’t have the right words to do justice to such an incredible talent, I wanted to present a little musical tribute to this astonishing man. Here’s to you Robin.

9) Come Together (Beatles cover) – Robin Williams & Bobby McFerrin (from the 1998 album In My Life, compiled and produced by Sir George Martin)

This entry was posted in Uncategorized. Bookmark the permalink.